Brighton and Hove Albion have unveiled their new second and third kits for the coming season.

The Seagulls away strip will be a fluorescent yellow with a thin black stripe and a button-down collar. The shorts will be black and the socks also yellow.

The third strip is all red with a rounded neck. Shorts and socks will be black. 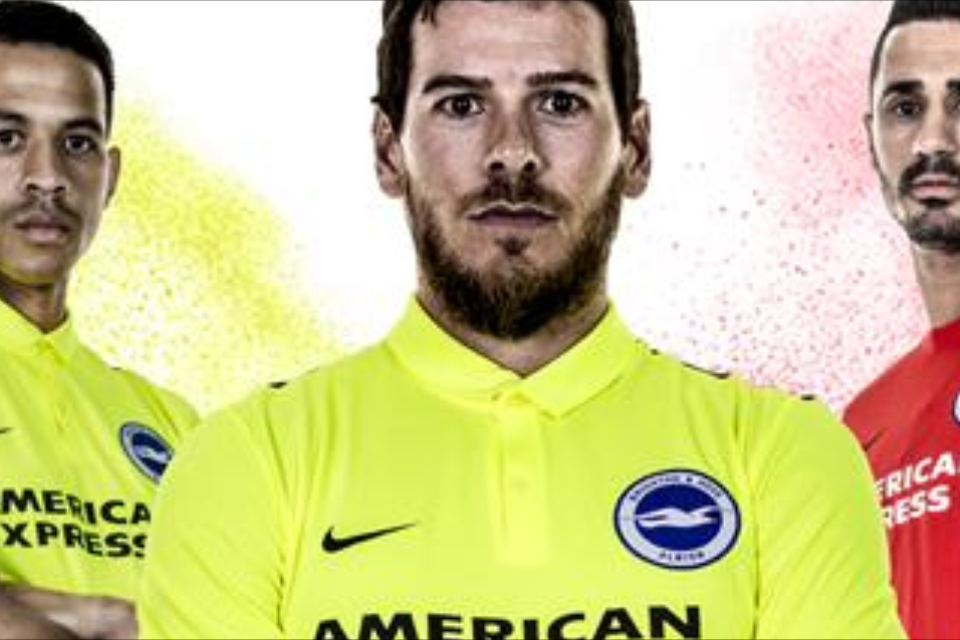 The Albion wore yellow when victorious in the 1983 FA Cup semi-final against Sheffield Wednesday.

The team wore a then little-seen red kit in the 1986 FA Cup 5th round tie at Peterborough when even the ball was red. The Seagulls won the tie in a replay at the Goldstone on a snow-covered pitch.

Albion will continue to wear blue and white stripes at home as they have done for most years since August 1987 after wearing all blue between 1980 and May 1987.