Brighton and Hove’s planning department is refusing all non-urgent work as departing staff means it is currently too overstretched to keep up with applications. 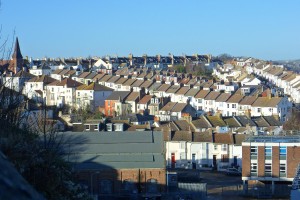 City councillors were last month informed the department has stopped doing anything but statutory work in a bid to catch up with its workload.

The backlog has been blamed on staff turnover following the departure of head of planning Martin Randall in May, and means some services, such as pre-application advice on minor schemes, will be withdrawn until new staff are up to speed in October.

The council’s planning register shows that more than 550 applications received this year are still under consideration more than eight weeks after being received by the council.

Speaking last week, Tom Druitt said: “It seems that they’re dealing with planning applications and not really anything else. They do usually offer advice and help with the process and various other resources but it just seems that there’s such a backlog that they’re in shutdown mode and doing the absolute minimum that they have to do by the law.

“It’s not a big team and it seems that they have got miles too much that they can’t keep up.

“In my ward, Southern Housing have been trying for a number of years to get planning permission for Cavendish Place for essential repairs. The building’s falling apart. One floor is completely falling in and there’s still people living in the building.

“There are props holding up on of the bay windows – one of the residents is on crutches and has to negotiate his way around the scaffolding.

“They need to do some pretty major work and need planning permission for that and they have tried and tried and it’s just taking forever.

“My concern is that they council is just cut too far. We’re down to the bone and we have got £26m of cuts next year and another £100m in the next four years. It’s just crazy.”

The outstanding Cavendish Place planning application was finally approved last week, more than 14 weeks after it was first received on 21 April.

And Paul Burgess, director of Brighton based consultancy Lewis and Co Planning said while he did not blame the staff, the delays were holding up projects.

He said: “As planning consultants we represent many of the developers and businesses in the city. We currently have a high number of overdue planning applications which are potentially holding up building projects.

“However, we have some sympathy with the City Council planning department given that it is under resourced to deal with the number of applications submitted.”

But a council spokesman said new staff were being recruited to help plug the planning gap.

He said: “Following some staff turnover our planning service has recruited some new staff to increase output and the team’s ability to determine applications faster.

“The new staff start this month, but it will take a few weeks before they are able to operate at full capacity. With this in mind the following arrangements will be in place until the end of September: