Brighton and Hove Albion have signed forward Elvis Manu from Feyenoord for an undisclosed fee thought to be in the region of £1.5 million.

The Seagulls fought off a host of top English and European clubs to land the Dutch Under-21 player. 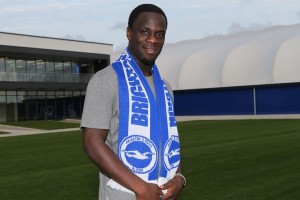 He will be available for selection after the international break at home to Hull City on Saturday 12 September.

Rea, who was born in Sussex and has played for the Ireland under-21 side, made his senior debut against Southend in the League Cup earlier this month.

He also played against Walsall on Tuesday (25 August) when Albion were knocked out of the competition.