An NHS campaign group has called a public meeting to discuss concerns about GP services in Brighton and Hove.

Sussex Defend the NHS is holding the meeting on Thursday 24 September to discuss the question: “What is happening to our GP services?”

The organisers said that two surgeries had closed in Brighton and Hove this year – Eaton Place and Goodwood Court, adding: “New doctors don’t want to train as GPs. There’s a 20 per cent shortfall. 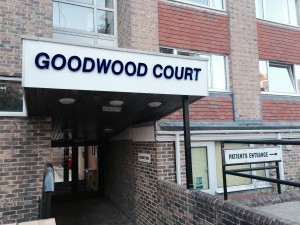 “£1 billion has been cut from GP practices in the last five years. Ten per cent of GP surgeries are now run by private companies.

“What can we do to save our surgeries?”

Among the group’s concerns are that patients may have to pay a fee to see their GP (general practitioner).

Among those taking part in the meeting will be a GP from the Save our Surgeries Campaign in Tower Hamlets, Dr Jackie Applebee GP. She will be joined by retired surgeon Anna Athlow, a commentator on the five-year Forward View.

The meeting is being held at the Friends’ Meeting House starting at 7.30pm on Thursday week (24 September).