Albion take on Bolton Wanderers this weekend in a match that could see the Seagulls set a record-breaking nine-match unbeaten run in the Football League.

But to do this, they will have contend with a player who scored in England’s 5-1 demolition of Germany back in 2001 – the 37 year old Emile Heskey. 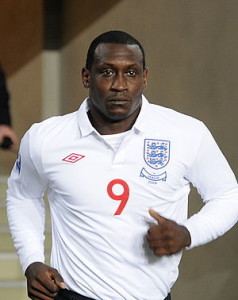 Hughton said: “The only reason he can play in this division is because of the quality of the player he is.

“I think the age he is now, they (Bolton) will set out his working week appropriately for someone of his age, and you don’t get many of his age that play in this division.

“You get a few that defy the odds but not many but there is no doubt he is a good player.”

Heskey had scored around 118 career  goals for clubs such as Leicester, Birmingham, Wigan, Aston Villa and Liverpool.

Plus seven for England. But so far only the one for Bolton.

Albion will want to ensure he doesn’t double that tally tomorrow (Saturday 26 September).