A thug who broke a man’s eye socket in a vicious daytime attack provoked by nothing more than a minor exchange of words has been jailed for two years. 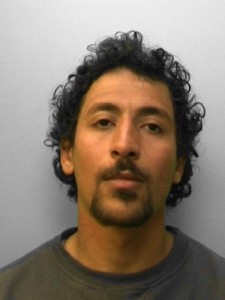 Mohammed Abusetta has been sentenced to 21 months in prison at Lewes Crown Court on October 5 and told he faces deportation as a result.

The row broke out on the Kingsway, near the West Pier, at around 6pm on June 10. The victim, a 27-year-old man from Kent, was punched in the face and suffered a broken eye socket.

Detective constable Tom Coll said: “Abusetta broke the victim’s eye socket after a minor verbal altercation on the seafront. This level of violence is completely unacceptable and pleased that he has been punished for his actions.”

Abusetta, 26, of no fixed address was arrested and charged with GBH. He pleaded guilty at court on August 28.