Council leader Warren Morgan is expected to announce a deal to build thousands of new homes for rent in Brighton and Hove at a Labour Party meeting tomorrow (Saturday 17 October). 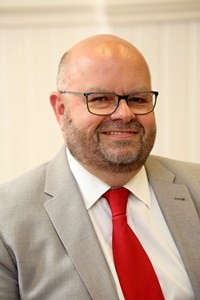 Some of the new homes will be for sale. But the deal involves forming a joint venture company with a housing association – believed to be Hyde – aimed at putting the homes for rent beyond the reach of “right to buy” rules.

It is also intended to enable homes to be built that are genuinely affordable – a tag that has lost its meaning in recent years as house prices and rents have soared.

Councillor Morgan said that he wanted to put “the dream of renting or owning a home within reach of thousands of key workers and people on lower incomes”.

The leader of Brighton and Hove City Council said: “Property prices in the city have risen another 11 per cent in the past year.

“The government is extending of the right to buy to housing association properties and newly built council houses, further reducing the available stock of properties available.

“The costs of right to buy in the housing association sector will be met by councils, further restricting their ability to build.

“Here in Brighton and Hove we have long had a policy of requiring developers to provide 40 per cent ‘affordable’ homes in new developments, below market rents or prices.

“As market rates have continued to soar, this policy has become meaningless as it is never delivered in full and what is delivered is not affordable. It may be below market rate but is still far out of reach for many.

“So I am proposing a joint venture with a major housing association in the city, bringing together their sites and the deferred funding for the affordable element of new projects by major developers that the council can draw in.

“Together with prudential borrowing at preferential rates – the kind of loan the previous council used to fund the i360 – we can and will build thousands of new flats and houses for the key workers our city, our public services and our local businesses need. 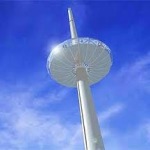 “Through this joint company we will build homes that can be sold or rented at a maximum of 40 per cent of people’s income.

“All of the properties will be protected from right to buy, and will be allocated to people by the council.

“We will still build 500 or more council homes to cater for those for whom owning or renting even these properties will be beyond their means and we have already agreed a £14 million scheme in Whitehawk to help deliver on that pledge.

“Our Fairness Commission will tackle housing issues of availability, affordability and fuel poverty head on.

“This announcement forms part of our plan to tackle every aspect of housing in the city, delivering more homes that people can afford, drawing in more income for services from council tax on new properties, getting a fairer deal for tenants in the private rented sector and more.

“Our city cannot grow and proper if people can’t afford to live here, and despite everything we face in terms of cuts I am determined that we do something to make a home of your own a reality for as many residents as possible.”

The announcement is expected to be made at a meeting of the Brighton, Hove and District Labour Party tomorrow (Saturday 17 October). The meeting starts at 10.45am at Dorset Gardens Methodist Church, Brighton.

Earlier this week Rhys Daniel, from Hyde, gave a presentation to the Greater Brighton Economic Board.

He said that a solution to some of the issues around the housing shortage and the problems around affordability could be found in a joint venture approach between councils and housing associations.

He concluded: “There is the opportunity to provide leadership to the sector showing that innovation and private public partnership working can provide a solution.”