Volunteers prepare for Feeding the 5,000 in Brighton with a preparatory course

Some may say there’s no such thing as a free lunch but a small army of volunteers from Brighton and Hove are out to disprove the old saying.

They are preparing for a free event called Feeding the 5,000 which is due to take place on The Level on Thursday 29 October from 11am to 3pm.

They even had a preparatory “course” earlier this week, when about a hundred volunteers met at the One Church, in Gloucester Place, Brighton. They served and ate leftovers and discarded food and drink.

Feeding the 5,000 is described by the organisers as “a free lunch for all made from food that would have been wasted”.

As well as the free feast from food waste, the organisers have promised “chef demos, activities and lots of wonky veg”.

“Wonky veg” is a reference to the fruit and veg rejected by the big supermarkets because it doesn’t conform to standard shapes or sizes. 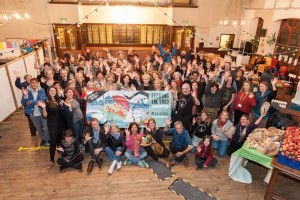 The Feeding the 5,000 launch event – picture by Lauren Psyk www.laurenpsyk.co.uk

The aim of Feeding the 5,000 Brighton is to stimulate public action on food waste, both at community level and on a national policy level.

And the organisers will do this using 5,000 free curries created from over a ton of surplus food donated by local businesses and farms.

Vera Zakharov, co-ordinator of the city’s Love Food Hate Waste campaign, said: “Our free feast is for everyone, whether you want to tackle food waste at home, volunteer in your local community, put pressure on policymakers or just appreciate a free, nutritious meal.

“If you like good food, care about your environment and want to join the movement to end food waste, this is for you.”

The environmental organisation Feedback, which is behind the event, said: “Brighton and Hove has a vibrant community of 43 local projects tackling food waste, from food redistribution organisations to community composting schemes, surplus cafés and soup runs serving up community meals and awareness-raising campaigns. 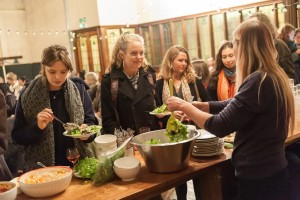 The Feeding the 5,000 launch event – picture by Lauren Psyk www.laurenpsyk.co.uk

“Additionally, dozens of food poverty charities make use of surplus food every day to feed their communities.”

Caroline Lucas, the Green MP for Brighton Pavilion, said: “Brighton and Hove’s food waste movement is an inspiring example of how local communities can take meaningful action to tackle the nationwide scandal of wasted food.

“Feeding the 5,000 will, no doubt, be a fantastic event and I’m really pleased to see it taking place in Brighton.

“In the coming months I’ll be working with colleagues across the political spectrum to tackle food poverty and drastically cut the scandalous amount of food wastage we see in the UK.” 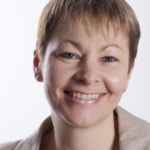 “If food waste was a country (Britain) would be the third largest carbon emitter after China and the US.”

“Reducing waste is one of the most effective ways of dramatically reducing the carbon emissions of our food system and is urgently needed.

“Here in the UK an estimated 20 to 40 per cent of UK fruit and vegetables are rejected even before they reach the shops – mostly because they do not match the supermarkets’ excessively strict cosmetic standards.”

The campaigning food writer and broadcaster Hugh Fearnley-Whittingstall said: “It is a scandal how much perfectly good food is being thrown away and rejected before it even reaches the shops.

“Feeding the 5,000 Brighton is such an exciting event because it shows that people are ready for change, and that wonky can indeed be wonderful.” 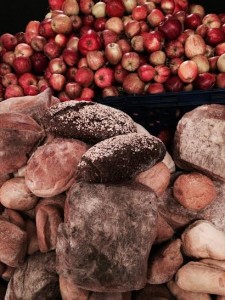 Some of the unwanted food at the Feeding the 5,000 launch event in Brighton

The event on Thursday 29 October will include workshops and children’s activities – it’s the half-term holiday – and a free grocery giveaway.

There will also be information stalls promoting local food waste projects and ideas such as aquaponics, a sustainable and water-efficient way to grow greens for anyone who has a fish tank.