The decision to restrict Brighton’s oldest gay bar’s opening hours is now the subject of an appeal by the venue itself, as well as Sussex Police. 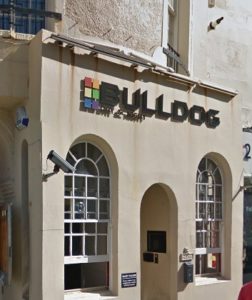 The Bulldog, which used to have 24-hour licence, was told last month it would have to stop serving alcohol at 2am, with a four-week period of closing at midnight, by Brighton and Hove City Council’s licensing panel.

The restricted hours were a compromise after police originally asked for it to be closed after a string of underage alcohol sales, sex attacks and assaults connected to the bar.

Brighton and Hove police commander Nev Kemp immediately announced he would be taking the unusual step of appealing against the decision.

He said that the police had already compromised by asking at the hearing for a one-month closure, 1am closing time and electronic ID scanners.

And now, even more unusually, the Bulldog has also sought a review of the decision by Brighton magistrates.

Meanwhile, the club will not have to close at midnight for a month until the appeal is held.

Jean Irving, head of licensing for Sussex Police, said: “The police position is that we had already compromised by not asking for it to be closed permanently. The suspension and conditions we asked for were the absolute minimum we felt the committee should impose to keep people safe.

“We are aware that straight females will go in a gay venue because it stops men bothering them. However, this has resulted in predatory straight males going there too to pick up straight females.

“Women were going in there getting intoxicated and, instead of the premises honouring their duty of care, they were just letting them leave, closely followed by predatory males who were then attacking them down the street.

“We conducted a test purchase operation and they sold to underage children, and some five hours later a 13-year-old and a 15 years old girl were identified as being in the bar and being vulnerable.

“They ejected both of them onto the street and within 10 minutes the youngest girl was subjected to a very serious sexual assault. That was the tipping point for our subsequent review being submitted. We can’t tolerate things like that happening in the city.

“We had spoken to the premises owner previously in relation to drunkenness and the sexual assaults. However, they continued and so we had no alternative but to seek a review of the licence.”

Brighton and Hove News approached the Bulldog for comment but had not had a response at the time of publication.

As well as the earlier closing hours, the licensing panel also imposed a string of new conditions, including a challenge 25 policy, joining the Brighton Crime Reduction Partnership, extra bouncers, drinks served in plastic, CCTV in the toilets, and a breathalyser system for customers who appear drunk.

It has lost its  “off sales” licence and has to arrange for an independent operator to carry out test purchases at least once every three months. No more than six people can smoke outside after midnight and no drinks are allowed outside.

The panel also asked the bar to redesignate two of its unisex cubicles as women only.