Three men were left with broken noses, cuts and bruising after a brawl in a Brighton pub on Saturday night. 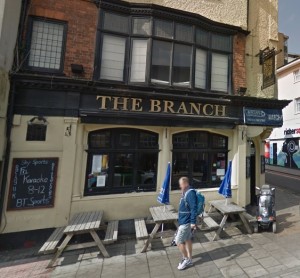 Police are seeking witnesses to the incident, which saw two 51-year-old men from Peacehaven and Coldean and a 22-year-old man from Coldean get involved in a fight at The Branch Tavern in London Road at about 10pm.

A police spokesman said while the circumstances surrounding the brawl are still unclear, there is no suggestion the men were fighting amongst themselves.

Detective Constable James Botting said; “We are still seeking to establish the full circumstances and are keen to hear from anyone who was in The Branch on Saturday evening.