Police hunt for man who broke into young woman’s bedroom

Police are trying to track down a stranger who broke into a young Brighton woman’s bedroom after having called her by her name the previous day. 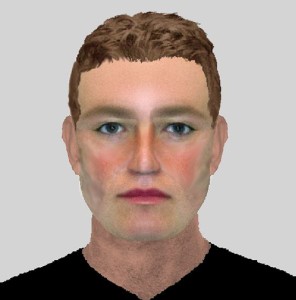 The 22-year-old woman returned home from work at around 2.10pm on October 22 to find a man in her flat in Scarborough Road, off The Drove. She confronted him when she found him in her bedroom but he left without saying anything.

She remembered him as a man she had helped up after he had fallen over on her road the previous evening. He had referred to her by name but she hadn’t thought any more about it.

On October 30 at about 3.50pm, the victim saw the suspect again on South Road. Officers attended the area but he had disappeared.

Detective Inspector Andy Wolstenholme said: “The suspect is described as white, mid to late 20s, muscular build, about 5ft 10in and speaks with a local south east accent.

“We are appealing to anyone who might recognise this man, or has seen anyone acting suspiciously, particularly in the areas of South Road, The Drove, Scarborough Road, Robertson Road, Home Road and Middle Road.

“He didn’t take anything from her flat or threaten her in anyway, this was still extremely distressing thing to happen for the victim. We are supporting her and are keen to trace this man.