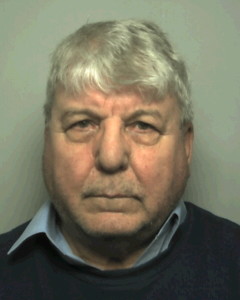 Derry Maher, 73, of Somerset Point, Whitehawk, was sentenced at Lewes Crown Court on Friday 6 November, at the end of a two-week trial, for 12 sexual abuse offences against the two boys which happened in Brighton between 1990 and 1998, and ranged from indecent assault to buggery and rape.

Maher was found not guilty of another charge of indecent assault against another boy then aged 17 between 1994 and 1995.

Detective Constable Nikki Clarke of the Brighton Safeguarding Investigations Unit said; “The two victims, from local families, were known to each other and had been systematically groomed and assaulted by Maher over several years.

“This offending came to light two years ago when a conversation between the two victims about Maher, who was still associating with one of the families, suddenly made each realise that the other had been victimised.

“Through all the years they had kept their terrible experiences secret from each other, but this conversation casued them both to contact the police.

“We have no current evidence of any other offences by Maher but as always, anyone learning of this or any other such cases can contact us at any time via 101@sussex.pnn.police.ukor call 101, and arrange to talk in confidence to experienced detectives.”