A Brighton shop worker has been jailed for killing one of his friends in a crash that happened after he had been drinking.

Mo Ruhomally, 30, had three of his colleagues from Poundland, in London Road, Brighton, in his BMW 318L car when he crashed almost a year ago. 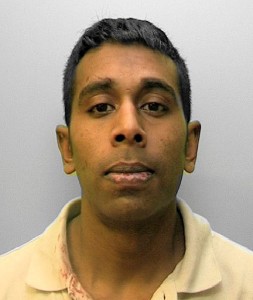 Ruhomally, formerly Hereford Street, Brighton, was convicted of causing death by careless driving while over the limit after a three-day trial at Lewes Crown Court.

Judge Shani Barnes, the honorary recorder of Brighton and Hove, banned him from driving for five years after his release from prison.

She said: “If I could, I would prevent you from ever being behind a wheel again.

“You have an appalling driving record. You attempted to save yourself and minimise what you did.”

When Ruhomally was tested after the crash – in Warren Road on the Race Hill in Brighton – he had 83 micrograms of alcohol in 100 millilitres of blood. The legal limit is 80 micrograms. 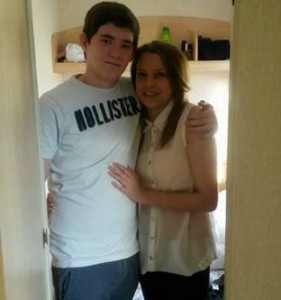 Alex Jackson, of Haybourne Road, Whitehawk, died as a result of the crash. The former Patcham High School and City College student had been in the front passenger seat.

He was on the organ donor register, enabling transplants to save or improve the lives of four other people.

His family and friends also raised £1,500 for the Intensive Care Unit (ICU) at the Royal Sussex County Hospital after being impressed at the efforts made to save his life.

Alex’s girlfriend Chantelle Marriott, who had just turned 18, and Scott Hammond, then 22, both from Brighton, were also injured in the crash with a Skoda Octavia taxi.

The accident happened just after midnight on Thursday 27 November. The taxi driver, who was 26 at the time, suffered minor injuries and raised the alarm.

Chantelle, a former Longhill High School pupil, spent almost a month in hospital after the crash.

Shortly before she came home from hospital she wrote on her Facebook page: “Laying here at night thinking about you and how we got to where we are, never thought it would be like this, you were most lovable person I have ever known.

“I love you so much and don’t you ever forget that.”

Sergeant Clare Kenward, of the Sussex Police Road Policing Unit, said: “Getting behind the wheel of the car after drinking was a conscious choice by Ruhomally that had tragic and devastating consequences.

“He has rightfully been sent to prison but he has imposed a life sentence of grief on Alex’s family and friends.”