Crimestoppers is marking the tenth anniversary of its Most Wanted gallery by going on tour.

The charity will show images of Britain’s most wanted on large screens fitted to three vans as they tour England, Scotland and Wales.

At least four of those in its sights have links with Brighton and Hove – Adam Day, Chris or Christopher Bunn, aka David Wilson, Richard Blackwood and David Martin.

Adam Peter Day, 39, is from Leeds but was last known to be in the Brighton area. He is wanted for sexual offences committed in Yorkshire and Norfolk. He also has connections with Suffolk and Worcester.

He jumped bail having been arrested on suspicion of sexual assault and having indecent images.

Detective Superintendent Pat Twiggs, of West Yorkshire Police, said: “Extensive inquiries have been made to trace Adam Day since he failed to answer his bail but so far these have proved unsuccessful.

“We are now appealing to the public to help us trace his whereabouts.”

He was described as white, about 5ft 8in tall, of medium build, with short brown hair and a goatee beard.

Chris or Christopher Bunn, aka David Wilson, is wanted on suspicion of sexual activity with a child and making and having indecent images. He jumped bail after his arrest by Sussex Police.

The force said: “Efforts in tracing him have so far proved unsuccessful and it is believed he is living off the grid, possibly on a narrow boat or with the new age traveller community.

The 35-year-old was described as white, about 6ft 2in tall, of thin build, with blond hair.

David Martin, 32, of Erroll Road, Hove, is wanted for failing to appear at Lewes Crown Court.

He was charged with cultivating cannabis plants.

He was described as a slim white man, about 5ft 10in tall.

Richard Blackwood, 39, was jailed for three and a half years in his absence for having cannabis with intent to supply and money laundering. He was also banned from driving for four years.

Blackwood, of Greentrees Crescent, Lancing, absconded while on court bail, having given his evidence during the second week of his trial at Hove Crown Court in March. He has not been traced since.

His girlfriend and fellow defendant Melissa Miller, 30, was given a six-month prison sentence, suspended for two years, for money laundering.

A third defendant Luke Pullen was tried but cleared.

Blackwood was described as black, about 5ft 10in tall, with short cropped hair and a moustache. He regularly wears expensive branded clothing. He has connections in Brighton and Hove and also in the Wolverhampton area of the West Midlands.

The charity’s founder Michael Ashcroft, aka Lord Ashcroft, said: “Most Wanted continues to be a success a decade after we launched it and we wanted to celebrate this milestone.

“A huge number of those who have been listed on the website have been arrested over the years and we hope this Most Wanted tour of the UK will increase that number.

“The digital screens will be hitting the streets, possibly going in to the cities and towns where these suspects are hiding.

“We urge the public to have a look at those screens when they pass by and, if you recognise any of the faces, contact Crimestoppers anonymously.”

Crimestoppers’ Most Wanted was launched on 17 November 2005 and was, at the time, Britain’s first national online source of wanted people.

The charity said: “The site initially provided photographs and descriptions of known suspects before expanding to include an ‘unknowns’ section of CCTV images.

“The aim was, and still is today, to give members of the public the opportunity to give information about any of the suspects to Crimestoppers anonymously.

“It continues to be a useful tool for all of the UK Police Forces and wider law enforcement agencies.

“It has also become vital for several national and international fugitive campaigns – including Crimestoppers’ and the National Crime Agency’s Operation Captura, which seeks to find British fugitives hiding in Spain. 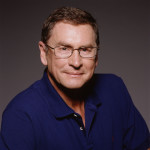 “Today the Crimestoppers Most Wanted site is proving to be as popular as ever – receiving around 30,000 views every month from the public.

“Crimestoppers is an independent charity which helps the police to solve crimes, making communities safer.

“It does this by operating the 24/7 telephone number 0800 555111 which people can ring to pass on information about crimes anonymously.

“They can also use our ‘giving information’ form via our website www.crimestoppers-uk.org.

“Around 14 people are arrested and charged every day as a result of information given to Crimestoppers.

“Since Crimestoppers began in 1988, it has received over 1.6 million pieces of actionable information, resulting in over 134,000 arrests and charges.

Julia Hughes, Regional Manager for Crimestoppers in Sussex, said: “Most Wanted appeals to the nation’s armchair detectives – those who want to help fight crime from the safety of their own home and, above all else, anonymously.

“It was quite ground-breaking when it first launched as the first national online source of wanted individuals and it continues to be an important tool for UK law enforcement today.”

While the vans are not due to visit Brighton and Hove, Crimestoppers said that the Most Gallery could also be searched online. It can be found here.