The former Conservative candidate for Hove has pleaded with his Labour friends to ditch Jeremy Corbyn because his own party needs a more effective opposition. 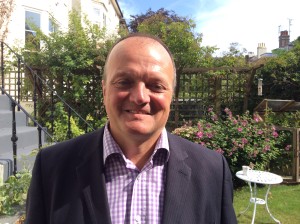 Graham Cox, who stood down from his Westbourne council seat to contest the general election in May, says the Conservatives, when “left to our own devices do get many things wrong”.

And he said that although some of his Conservative colleagues were happy with Corbyn, the lack of an effective opposition is a bad thing.

His words come after his former rival, Labour MP for Hove Peter Kyle, last week wrote of his frustration that even when left wing parties voted together in the House of Commons, they were unable to stop the Trade Union Bill and cuts in tax credits – which he argued shows electability is key to stopping bad laws.

Writing on his blog What Would Farringdon Do? (a reference to the Morning Star’s racing pundit), Mr Cox wrote: “To be any good a Conservative Government needs an effective Opposition. Some of  my Conservative colleagues think it is great that someone as unelectable and (even worse) hopelessly useless, as Jeremy Corbyn, is Labour leader.

“Corbyn’s ‘leadership’ means the Conservative Party is ahead by between 10 and 15 % in the polls even when doing all sorts of things which would normally make a Government very unpopular.

“The absence of an effective opposition is a bad thing. My Conservative #saveJez chums tell me not to worry, because the real opposition will come from Conservative rebels, the media, pressure groups and the few remaining brave Labour MP’s prepared to speak out against their leader.

That’s true to some extent I guess but misses one important point. Even the most effective, eloquent and persuasive journalist, pundit, pressure group or backbench Labour rebel is not an alternative Government/PM.”

He ended with calling on his Labour friends to either ditch Jeremy Corbyn or form a new electable centre-left opposition party.

Mr Cox told Brighton and Hove News he backed the difficult choices the Government was taking to reduce the deficit, although he welcomed a rethink on how the tax credits cuts would be implemented.

But he said that a lack of effective opposition was not healthy for either the country or his party, as it could make the Conservatives complacent and make bad decisions in the future.