1) The touching moment Bobby Zamora walked out hand in hand with the young fan in a power wheel chair as the teams came on to the pitch. 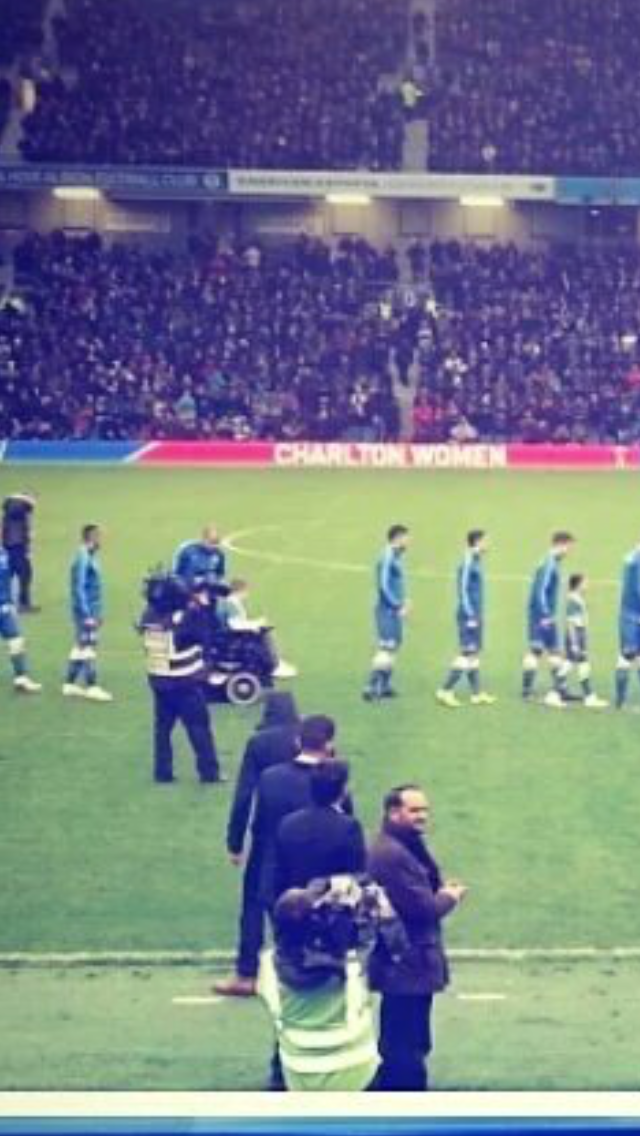 2) The eruption that was “We’re Brighton & Hove Albion – we’re top of the league” on 18 and 48 minutes,at the end of the match,and could be heard bellowing out of the Railway Bell near Brighton Station at around a quarter to seven.  The Amex is beginning to generate an atmosphere not seen since August 2011.

3) The dulcet tones of Anna Bingham- possibly the only female match announcer in the UK. Sure she made a mistake, but her involvement is a refreshing  change.

4) The 27,242 fans inside the Amex for a league game against fairly run of the mill opposition is staggering. Especially when you considered around 7 or 8 years ago crowds of less than 4000 managed to get to Withdean. That’s an increase of around 21,000 fans (when you take off the away following) And some said the Stadium wasn’t necessary!

5) The fact the club  still shoe-horn in ‘ring of fire’ after Sussex By The Sea and the team line-ups. Although it was still playing for a couple of seconds after Birmingham kicked-off. Gavin Ward will probably put that in his report.

6) The 25,000 or so screeches and whistles aimed at referee Gavin Ward to remind him that we were entering the 7th minute of stoppage time as the clock ticked towards 5pm. Reminiscent of the clubs heyday at the Goldstone in the 80’s and signs of a ‘proper football club’ as Russell Slade preempted back in 2009.

7) The cheer that greeted Solly March in the Bupa Lounge as he came to collect his man of the match award from sponsors ‘Andrew Lazarou’ soon followed by another one for Jamie Vardy’s record breaking goal for Leicester . Records being broken all round at the Amex. If Albion  are still un-defeated when they play Middlesbrough, they will have set another one. Roy Castle would love it at the Amex.