A Hove man has been jailed for 14 years for raping a seven-year-old girl and sexually assaulting another girl.

Andrew Fluke, 47, was convicted of four sexual offences involving children in a trial last month. He pleaded guilty to online grooming and having indecent images.

Fluke, unemployed, who had moved to Rosslyn Avenue, Shoreham, was jailed by Judge Charles Kemp at Hove Crown Court on Friday (27 November).

His trial was told that he raped the seven-year-old girl three years ago and indecently assaulted the other girl in 2006, also inciting her to engage in sexual activity. 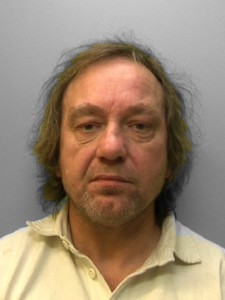 Sussex Police said: “During the trial he changed his plea to guilty in respect of multiple occasions of inciting children on internet social media to engage in sexual activity and possession of indecent images.”

The court was told that Fluke committed the offences after meeting the girls while in relationships he had had with women connected with them.

Judge Kemp said that Fluke “poses a risk to the public and abused his position of trust in the most despicable way”.

The judge added: “He is a sexual predator and a risk to young children.”

As well as jailing Fluke, Judge Kemp placed him on extended licence for five years and granted an indefinite “risk of sexual harm order”.

Detective Constable Stewart Cameron said: “The judge has pointed out that Fluke is a sexual predator and a risk to children and I am pleased that he will no longer be a threat.

“Sussex Police always take reports of this nature very seriously, no matter how long ago they happened, and if you have been a victim, please call us.

“Your call will be dealt with compassionately and confidentially and a specially trained officer will deal with your report.”

Reports can be made by phoning Sussex Police on 101, emailing 101@sussex.pnn.police.uk or using the force website www.sussex.police.uk.