Brighton & Hove Albion v Ipswich Town: Wilson on bench as Hughton mixes it up a little

Andrew Crofts and Connor Goldson start for the Seagulls tonight (Tuesday 29 November) as Manchester United loanee James Wilson drops to the bench, fuelling further speculation that he might return to his parent club. The former Premier League champions continually fail to find the net. 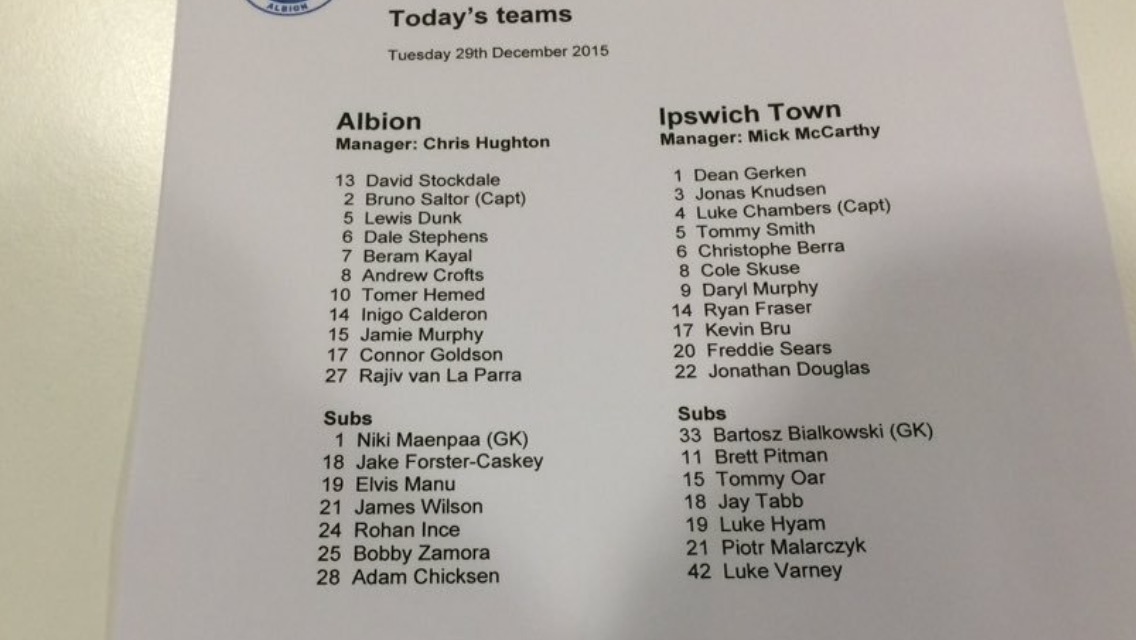 Escaped murderer back behind bars after being arrested in Hove