Sixty per cent of family doctors in Brighton and Hove are less than five years away from retirement.

The shocking statistic was revealed as NHS bosses spoke about their efforts to deal with the possible closure of five doctors’ surgeries in four months’ time.

The retirement time bomb coincides with difficulties in finding enough GPs (general practitioners) to staff the 42 remaining surgeries in Brighton and Hove.

The surgeries due to close in June are

Two senior NHS England officials briefed politicians and officials about talks with the company that runs the five threatened surgeries, the Practice Group, on Tuesday (2 February).

They hope to persuade the company to phase and stagger the closures over a longer period to allow health chiefs to make alternative arrangements in the safest and smoothest way possible.

Talks are taking place with the Practice Group – and NHS England said that it would let people know the outcome as soon as possible.

The news was shared at the Brighton and Hove Health and Wellbeing Board which brings together council members and officials with doctors and health officials.

As they discussed the five threatened surgeries, they were told about the retirement time bomb. The three in five doctors who are close to retirement is believed to mean that about a hundred GPs may leave their jobs by the end of 2020. 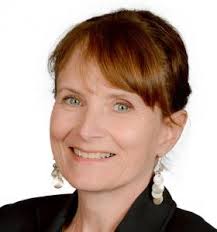 One of the doctors working locally for the Practice Group, Christa Beesley, is also the chief clinical officer of the Brighton and Hove Clinical Commissioning Group.

Dr Beesley, who works at the Whitehawk surgery, told the meeting: “There are some bigger truths that we haven’t expressed.”

She spoke about some of the reasons behind the difficulties in recruiting GPs while pointing out the scale of the impending threat.

She said: “Brighton and Hove is a great place to work. We’ve got great support from other NHS organisations and adult social care and children’s services.

“We’ve got 60 per cent of our GPs about to retire in the next five years in Brighton and Hove so it’s urgent.

“We have got younger GPs but they don’t want to work 16 hours a day. They want a work-life balance.

“A lot of our practices are financially vulnerable. Practices coming together will help that.”

Already the GP surgeries in Brighton and Hove are working in six clusters to make it easier to share staff, facilities and costs.

Dr Beesley added: “Whitehawk and those other populations around those practices are vulnerable populations in some of the most deprived areas in the city.

“Patients are asking, ‘Are you still going to be here, doctor?’ They value continuity of care.

“An unmanaged dispersal of those  lists would be absolutely disastrous.

“Whitehawk Practice has a lot of patients who used to be with Eaton Place and it’s just not tolerable.

“It needs to be a very managed arrangement – not excluding choice, but managed.” 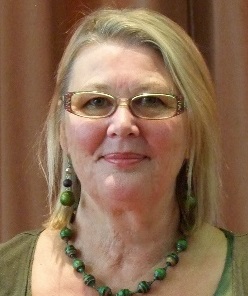 “We knew about the demographics decades ago.

“Similarly with the GPs a lot of them joined general practice in the 1980s and 90s – and we knew that the new people coming into the service were going to have different expectations.

“There needs to be action now.

“There is a good relationship across different sectors in the city. Lots of things are going on and you could build on that.”

Councillor Geoffrey Theobald, leader of the opposition Conservative group on Brighton and Hove City Council, said: “This is a very important matter.

“With a medical school here, I find it very hard to understand how we’ve ended up in this very difficult position.”