Sussex Police is trying to tackle the challenges that it faces in recruiting black and ethnic minority officers.

Its efforts include working with schools, according to a report published today (Thursday 11 February).

But one adviser to the force pointed out that its efforts had been hampered by reduced opportunities to recruit during the austerity cuts of the past few years.

The report was published by Her Majesty’s Inspectorate of Constabulary (HMIC). It said: “We found no bias in respect of gender, ethnicity or rank in how the force dealt with complaints and internal misconduct allegations although the force had insufficient supervisory arrangements for complaints that were locally resolved.”

The report said that the ethnic minorities were under-represented in the ranks with just 2 per cent of Sussex Police officers coming from black and ethnic minority communities. 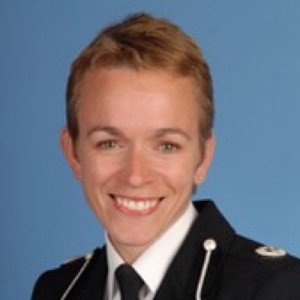 This compared with 6 per cent of the Sussex population at the last census and in Brighton and Hove the figure was 12 per cent.

None of the 31 most senior officers – those from the rank of superintendent to chief constable – were from an ethnic minority. Seven of the 31 were women including Deputy Chief Constable Olivia Pinkney.

The report followed an inspection which was part of a national programme of inspections known as the Peel (police effectiveness, efficiency and legitimacy) programme. Overall, Sussex Police was rated as good.

HMIC said: “The force actively considered the diversity of its workforce and has made considerable improvements in the recruitment and advancement of female officers.

“However, the force was undertaking some projects in this area, including a week-long work programme to target schools which have a higher black, Asian and minority ethnic composition.

“Despite this, the force was likely to have limited recruitment for the foreseeable future.”

The report looked at the use of stop and search powers. It said: “Generally officers are carrying out stops and searches appropriately and lawfully and they record the grounds effectively.”

The report added: “The force closely monitors the percentage of black, Asian and minority ethnic people (BAME) who are stopped and searched.

“The relatively higher numbers of searches on BAME people, compared to white people, is seen by the force as resulting from the policing of Gatwick International Airport.”

“This included an emphasis on identifying mental health issues within teams, and it ensured staff were referred to support services.

“Some specialist teams, for example those investigating child sexual exploitation, had experienced heavy workloads which were affecting their wellbeing.

“The force had centralised some teams and increased the number of staff which helped reduce workloads.”