Veteran Sussex cricketer Chris Nash has signed a three-year contract extension, keeping him at Hove until the end of the 2018 season.

Cuckfield-born Nash, 32, made his first class debut for Sussex County Cricket Club 14 years ago and has scored almost 10,000 runs, including 866 at the top level last season. The right-handed batsman’s high score of 184 came against Leicestershire in 2010.

He is also closing in on 3,000 runs in List A cricket for the county and 2,500 runs for the Sharks in the T20 format. His off-spin bowling has also yielded 151 wickets across all formats. 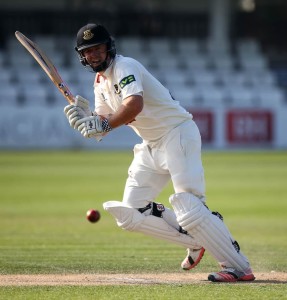 Nash has been in Cape Town recently with team-mate Ben Brown for a five-week spell to work with the Gary Kirsten Academy, before returning into Sussex’s pre-season preparations.

Nash said: “It’s a really exciting time to commit my future to the club. It is nice to know that I’m going to be here at least until I’m 35.

“This is my home club. I’ve played here since the age of seven and to commit now is a great thing for me.

“It’s an exciting time with Luke Wright taking over as captain. I’m looking forward to playing under him and hopefully over the next three years I can really hit my best form.

“My aim is to score heavily in all forms and to win trophies. I still dream of playing for my country and this, alongside winning trophies for Sussex, is what drives me to keep improving.”

Sussex head coach Mark Davis said: “I am delighted that Chris has extended his contract at Sussex.

“He is an integral part of the squad in all forms of the game and has a significant role to play in the coming years.

“Aside from his immense ability, he is a senior player at the club and his influence and leadership in the dressing room is vital to our future success.”