A Brighton family whose children’s health is suffering because of fuel poverty was featured in a Panorama investigation on Monday. 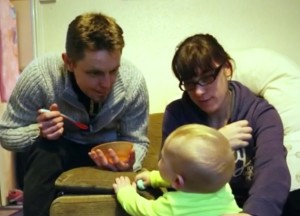 Hayley and Dan, whose daughter and baby son have developed breathing problems because of the cold, damp and mouldy house they live in, were one of several households across the UK interviewed for Too Poor to Stay Warm.

They were put in touch by Brighton and Hove Energy Services Co-operative Ltd (BHESCo), who say they were disgusted by the revelations across the UK shown in the report by Datshiane Navanayagam.

Hayley lives in Brighton with her partner Dan and three children and they have been plagued with severe cold and damp issues due to fuel poverty. In the BBC special, Hayley’s daughter discussed how she didn’t want to grow up being cold all the time and how she would like to move to a house that doesn’t have mould everywhere.

Hayley’s daughter said: “I don’t like it in the winter when it’s freezing cold at night and it feels like someone’s still rubbing ice on my nose.”

The report also focused on Hayley and Dan’s newly born son who has already had a number of chest infections and been rushed to hospital due to the cold and damp conditions in their house.

Kayla Ente, Co-Founder and Director of BHESCo, said: “Looking at Hayley’s situation it’s extremely distressing that their home is causing health problems for their young children. Unfortunately this is an issue shared by many families in Brighton and Hove.

“Cold is a killer and we see a lot of concerns rising from damp problems in the city too. Just by looking at the footage from last night’s Panorama you can see how severe the damp is in that property.

“It is a crime that with technology as it is today, people are still forced to live in these horrible conditions.

“Even with my experience of working with people living in fuel poverty it’s still heart-breaking to see the horrific situations that people are living with across the UK everyday.”

The programme focused on the growing issue of fuel poverty in the UK where a reported five million people live in fuel poverty today and new figures show approximately 9,000 people died as a direct consequence of cold homes last year.

It reported that fuel poverty costs the NHS an estimated £1.3billion a year and that there is a definite link between cold homes and ill health. As with Hayley’s children respiratory diseases can arise due to damp conditions.

Kayla said: “We can’t continue to tolerate almost 80 people dying every single day due to cold homes. The UK currently has twice as many ‘excess winter deaths’ than in Finland despite it being drastically colder there. It’s criminal to think that the majority of these deaths in our cities are preventable.” 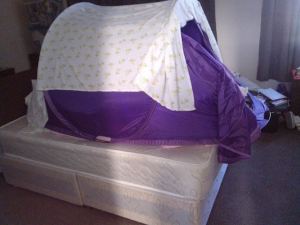 There can also be increased chance of heart attacks and strokes when living sold and damp living conditions. In a shocking discovery by BHESCo last year, they found one Brighton resident had resorted to sleeping inside a tent erected on her bed in an attempt to raise the temperature by a fraction when sleeping in her bedroom. She also had a respiratory condition from the mould growing on the walls of her rental accommodation.

Kayla said: “The tent on the bed is always seen as shocking. When you’re living in such conditions you’ll try anything to get a little bit more warmth and our Energy Assessment Services aim to help by offering more long term solutions to staying warm.

“We always tell people about how, if the temperature in your home regularly drops below 17 degrees, your health is likely to suffer and that always comes as such a shock to people.

“Unfortunately as the program showed, these people aren’t living in cold and damp through choice, and a lot of the blame does fall on UK Energy companies who are charging their customers too much and forcing some of the poorest people in our society to pay the most for energy.

“We’ve worked with people who are living in terrible conditions and paying extortionate energy bills and we’ve been able to offer a lifeline to people out of this crippling situation just by advising them on switching energy supplier.”

Panorama highlighted a campaign by the Conservative MP, Sir David Amess, which was set to eradicate fuel poverty by law before 2016. However despite £2.8 billion already having been spent installing energy efficiency measures and a target for energy companies to make one million homes warmer by 2020, the target still hasn’t been met.

BHESCo believes that their unique approach to keeping people warm is the only way forward at this time as the government continue to change the goalposts and there are now far more people in fuel poverty than when government promised to eradicate it.

Kayla explained: “Due to how the government measure fuel poverty it looks like changes are happening. In reality the number of people living in dangerous conditions has doubled.

“We have to tackle this in our own communities and take the power to stop people dying in this way in our cities. At BHESCo we provide a number of solutions for people living with fuel poverty as well as our Energy Assessment Service that has helped people in the most appalling conditions to save money and to heat their homes by those all-important few degrees for good health.

“We are also working with the council and a number of other initiatives to give the power back to the people who are paying for energy and just want to be able to keep their homes and families warm and damp free in the city.

“We want to stop excess winter deaths, we want to eradicate fuel poverty and we want to help our communities to save money, save energy and save lives!”

BHESCo’s social action initiative is to provide Energy Assessments for homes and businesses in the city, helping consumers lower their energy costs by empowering them to take more control of their energy supply. #yourpowertosave