A Brighton primary school is asking parents if there should be a ban on sugary birthday treats given out by children to their classmates. 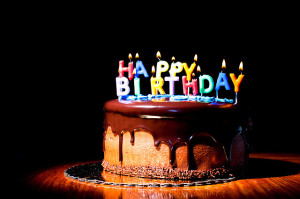 St Luke’s Primary School in Queens Park Rise is asking parents whether the tradition should continue, or whether children should only be allowed to bring in healthy snacks or simply sing a song.

It comes as the school, together with a working group of parents and carers, looks at how it educates children about sugar consumption.

In a letter sent home to parents, the school said: “As part of the on-going review of food provision and food education at St. Luke’s, the parent/carer School Lunch Working Group has begun to look at the messages we are promoting in relation to sugar consumption.

“After a long discussion over how we can properly educate children about reducing the amount of sugar they consume in their diet, concerns were raised about the amount of birthday treats coming into classrooms which were often full of sugar.

“Whilst recognising the generosity of parents/carers in this respect, they felt that perhaps some parents/carers felt a lot of pressure to give, that sometimes there was perhaps an excessive amount of cake/sweet things offered, that there was no way of controlling when your child ate it and that sometimes there could be up to two or three of these birthday occasions in one week.”

In October last year, schools were asked to take part in a “wider debate” about sugar consumption as part of Brighton and Hove City Council’s Sugar Smart City initiative.

Since then, the council says dozens of businesses are now promoting free drinking water or using promotions, including a levy, to influence choices.

School meals provider Eden’s products limit sugar through portion control, so that for example fruit juices are only permitted a maximum portion size of 150ml, and confectionary is not permitted.

Portions are restricted for biscuits, cakes and puddings, high sugars are reduced and wholegrain ingredients included.

Dr Tom Scanlon said: “In Brighton and Hove one in four children are already overweight or obese by the time they leave primary school.

“It is a lot harder to eat less sugar when we have sugary food and drink advertised and promoted all around us.”