The joint owner of a Brighton kebab shop has been sentenced by magistrates after he admitted a breach of fire safety regulations.

He and his business partner Nafiz Karaca allowed people to sleep above the Golden Grill, in Pool Valley, Brighton, contrary to the terms of the prohibition notice.

Karaca, 66, of North Street, Eastbourne, admitted the offence when he was brought before Eastbourne magistrates last month. He was fined £1,000 and ordered to pay court costs of £2,450 and a court surcharge of £100.

Duran was given a conditional discharge for 18 months and ordered to pay costs of £1,040. 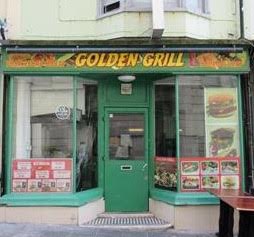 East Sussex Fire and Rescue Service said that it was “reminding owners of any premises of the importance of complying with fire safety regulations and the potential consequences of not doing so”.

The pair were taken to court “due to the serious risk of death or serious injury” to those sleeping above the takeaway.

The fire service’s business safety manager Group Manager Richard Fowler said: “We are pleased to see that the weight of evidence against him encouraged Mr Duran to change his plea to guilty.

“Failure to comply with a prohibition notice is a very serious offence indeed.

“Persons were put at significant risk of death or serious injury in the premises that Mr Duran had responsibility for and as a service we treat contraventions of this nature with the gravity they require.”