A thug threatened to hurt a teenage boy travelling on a train from Brighton unless he handed over his wallet, the British Transport Police (BTP) said.

The BTP said that the robbery happened between Brighton and Haywards Heath on Saturday 5 March.

The force said: “The victim awoke to find a man going through his bag and was threatened. The robber got away with £420, leaving the train at Haywards Heath. Officers believe he may have links to the Croydon area.” 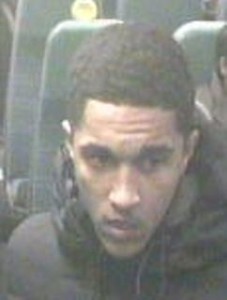 Detective Constable Marie Jeffery said: “The victim, a 16-year-old boy, had dozed off and was awoken by a man rifling through his bag.

“The man then grabbed the teenager and threatened to hurt him unless he handed over his wallet.

“He fled the train at Haywards Heath taking £420 which the victim had in his wallet.”

The BTP said: “Fortunately the victim was not seriously injured during the robbery but he was understandably shaken by the incident.

“Officers have analysed CCTV from the train and are asking the public to help identify a man who they think has information about what happened.”

Detective Constable Jeffery added: “While I want to reassure the public that this sort of violent incident is rare on the rail network, I also want to underline the serious nature of the crime.

“The man in the image I am issuing today is someone who I want to talk to about the incident. Who is he?”