Babes in the Wood bench vandalised

A bench erected by the families of Babes in the Wood Karen Hadaway and Nicola Fellows, who were found murdered in Wild Park in 1986 aged just 9, has been vandalised. 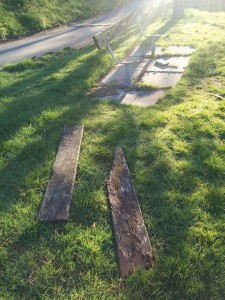 The smashed up bench was discovered in the park this morning, to the horror of park users.  It’s not known when the damage was caused, but police have launched an investigation.

Chair of the council’s environment, transport and sustainability committee, Councillor Gill Mitchell, said: “I’m angry and sickened by this act of mindless vandalism, which must surely be very upsetting for the families affected.

“If there is one crumb of comfort to be had, it is that the other memorial bench commemorating the girls is still intact.

“We will be talking to the families to find out whether they wish to replace the vandalised bench.” 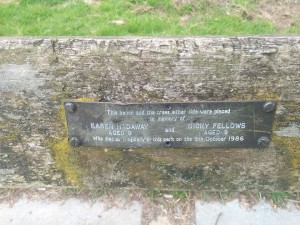 Sheila Rough, who remembers the tragedy, said it was extremely upsetting to see the bench damaged, adding: “That day and its consequences are written on our hearts.”

A spokesman for Sussex Police said: “The damage to this bench was reported to us by the council this morning Tuesday (26 April) and we are investigating. At this stage it is not clear when the damage occurred and there is nothing to indicate who was responsible.”

The memorial bench scheme is administered by the council, which organises the installation work, but they are paid for by people who wish to have their loved ones remembered.

When Karen and Nicola were found strangled in Wild Park in the 80s after going missing the day before, it sent shock waves through the community. Their murder has never officially been solved.

A local roofer, Russell Bishop, was tried for the rape and strangulation of the two girls, but was acquitted. He was later convicted in 1990 for the kidnapping and attempted murder of a seven-year-old girl.

The Babes in the Wood case officially remains open, and is Brighton’s most notorious unsolved murder.