Police have released an image of a man wanted in connection with the theft of a bike in Hove. 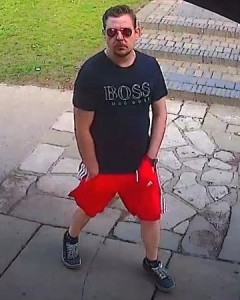 The bike was stolen from outside the café in Dyke Road Park, Dyke Road, at about 4.03pm on Sunday 17 April.

CCTV images show a man ride past on a bike, before returning on foot shortly afterwards to steal the victim’s bike.