A former Member of the European Parliament (MEP), who represented the constituency that includes Brighton and Hove, has been jailed for four years for expenses fraud.

Peter Skinner, a Labour MEP for South East England from 1999 to 2014, was sentenced at Southwark Crown Court yesterday (Friday 29 April).

He used allowances for staff costs to pay for luxuries such as holidays, including a snorkelling trip to Hawaii. 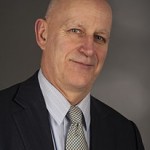 He also paid £10,000 of the money to his ex-wife Julie and made payments to his father William which prompted a researcher who was working for Skinner to blow the whistle.

Mrs Justice Maura McGowan, said: “You were trusted by the public and you abused that trust.

“You have not only damaged public trust in individual parliamentarians but also in the democratic institution itself.

“This was a breach of trust of the worst kind. This was a sustained pattern of stealing from the taxpayer.”

Skinner has been thrown out of the Labour Party and is expected to face a confiscation hearing under the Proceeds of Crime Act.

He is the second MEP for the South East England constituency to have been jailed in two years.

Last year Ashley Mote was jailed for five years for also fiddling almost £500,000 in expenses from the European Parliament.

Mote, 80, was elected as a UKIP member but thrown out of the party when the fraud came to light. He carried on sitting as Independent MEP.

Den Dover, who represented North West England for the Conservatives from 1999 to 2009, was ordered to repay hundreds of thousands of pounds to the European Parliament in 2011.

Mr Dover, who also used to be an MP, paid six-figure sums to his wife Kathleen and daughter Amanda.

Five MPs and two members of the House of Lords have been jailed after being convicted of fiddling their parliamentary expenses.