Brighton and Hove Albion give manager a new four-year contract

Brighton and Hove Albion have given manager Chris Hughton a new four-year contract after he turned around the club’s fortunes.

Hughton joined Albion on the last day of 2014 as they languished near the foot of the Championship.

After leading the club to safety he took the Seagulls to third place this season with a club record points total for the Championship.

Albion missed out on promotion to the Premiership on goal difference before being beaten in the play-off semi-finals by Sheffield Wednesday. 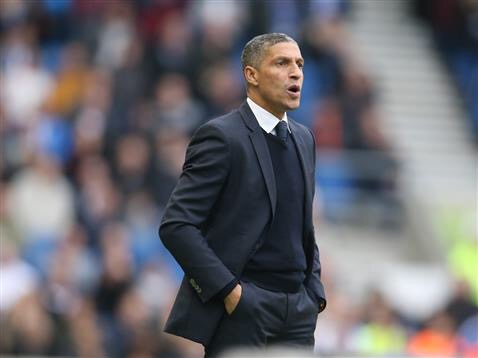 Now he has agreed a new deal with the club which will run until June 2020.

Albion chairman Tony Bloom said: “Chris thoroughly deserves this new contract after such an outstanding season. He has done an exceptional job since he took over as manager on New Year’s Eve 2014.

“He secured our safety in his first five months in charge and has instigated an outstanding turnaround in our fortunes on the pitch.

“He has overseen the building of a squad of which we are immensely proud and one which has delivered a season to remember for our fans.

“He also has led the club off the pitch too, at important and difficult times, and we are very proud to have him as manager of Brighton and Hove Albion.

“There is no doubt he is one of the best and most skilful managers in the country and we are delighted to be going into next season with Chris at the helm and leading our club as we aim to go one step further and realise our ultimate aim of reaching the Premier League.”

Chief executive Paul Barber said: “Chris has been an absolute pleasure to work with, for me and for everyone at the club.

“He is hugely respected by the board and our staff and I am absolutely delighted he has committed his longer-term future to the club.

“Chris’s football knowledge and managerial ability is first class and he is one of the most respected figures in English football.

“I echo the chairman’s comments when I say we are very proud of Chris’s achievements this season and we are delighted to have him as our manager.”