A house believed to be the most expensive ever sold in Brighton and Hove has just changed hands for a cool £3.4million after a year on the market. 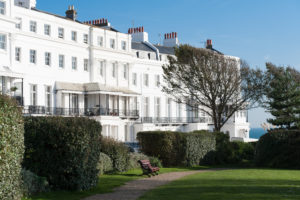 Consort House in Lewes Crescent was first put on the market for £4million in spring last year, but despite media coverage, the price was significantly dropped in later months.

However, specialist estate agent Fine & Country says its sale has now completed, making it the joint most expensive domestic property sold in the city, equalled only by a contemporary detached house on Tongdean Avenue which sold for the same price in 2014. 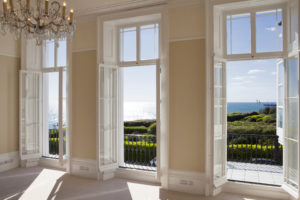 The six-bedroom Grade I listed building is called Consort House as it was once owned by HRH the Princess Consort of Thailand.

Fine & Country director Adam Farrell said: “We’re really proud to be the selling agent of Consort House as it is such a fine example of the very best the city has to offer.

“Being involved in the successful sale of this kind of luxury property is exactly what Fine & Country specialises in and it goes to show how attractive the city is to such a wide and diverse demographic.”

As well as its own sizeable courtyard garden, the house also has access to the Kemp Town enclosures, which feature a tunnel running down to the seafront.

It’s widely rumoured that Lewis Carroll was inspired to write Alice in Wonderland here, as his aunt lived in Lewes Crescent, but this theory has been debunked, as the children’s novel was written several years before the author visited Kemp Town.

Meanwhile, another high value property in Hove has had its price dropped from £4million to £3.5million. The former home of 1930s film star Elizabeth Allan on Courtenay Tye on the seafront boasts sea views and a garden leading straight onto the promenade.