A Hove mental hospital has been given a “good” rating by official inspectors from the Care Quality Commission (CQC).

While the overall rating was good the Priory Hospital Brighton and Hove, in Church Road, Hove, was told that it “requires improvement” when it comes to safety.

The CQC said: “We rated the Priory Hospital Brighton and Hove as good because 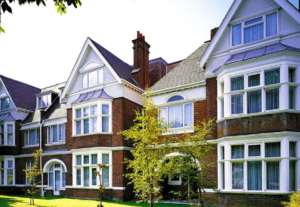 The Priory Brighton and Hove

“The Priory Hospital Brighton and Hove is part of the Priory Group and is an independent provider of psychiatric care and therapy for a range of mental health conditions including anxiety and depression as well as addictions.

“The hospital is a single ward 17-bed mixed-gender unit. The service provides day care, outpatient and inpatient treatments, mainly for patients who fund their own treatment but also for some NHS patients.

“We inspected this service as part of our ongoing independent mental health hospital inspection programme.

“Patients told us that nursing care was, on the whole, very good. Patients reported feeling safe and cared for on the ward and that nursing staff had time for them.

“Patients reported the locations checks carried out by staff were reassuring but at times they could be intrusive. Staff completed patient location checks at least hourly to ensure the safety of patients on the ward.”

The CQC said that it had rated the hospital as requiring improvement when it came to safety because the ward did not separate men and women patients well enough.

The inspectors’ report said: “There was no gender separation on the ward and no zoning of patients depending on gender.

“Male and female patients had bedrooms next to each other, which could have a detrimental effect on patients’ dignity and respect.”

Patients have their own en suite rooms but these were not in separate zones on one of the two floors of the building.

And while there were concerns about ligature points, the CQC said: “Staff mitigated the risk of blind spots and potential ligature risks on the ward by use of observations and updating risk assessments regularly.”

To find out more about the Priory Hospital Brighton and Hove, click here.