Brighton MP sends a message from the Patcham pylons

Brighton Pavilion MP Caroline Lucas sent a message to the “Stand Together” rally this evening (Tuesday 28 June) at The Level.

The Green MP cited the welcoming inscription on the Patcham pylons on the A23 on the approach to Brighton.

The rally was held “in the aftermath of Brexit”, the organisers said, adding: “This isn’t a protest for a second referendum or a protest about the Leave vote. It’s a chance to come together, show unity, and reflect.

“There’s been much sorrow and anger after the referendum result. While understandable, we believe it’s now time to come together.

“It’s sad also to think that some people across Europe now think of Britain as non-inclusive, closed and inward-looking. We believe that Britain is better than that.

“Stand Together is our mark of showing that – in consideration of the EU Referendum result – we stand alongside the people of Europe to show we are inclusive, open and patient to all, regardless of age, gender, race, demography, location, and whether they voted Leave or Remain.”

Caroline Lucas said in her message: “I’m so sorry that parliamentary commitments mean that I’m not able to be with you in person tonight – to join you in standing together to reflect on the outcome of the referendum.

“But as I go about my work at Westminster, you are at the front of my mind – as are the many hundreds of constituents who have been in touch to share their sorrow and fear about the prospect of leaving the EU, about the increase in levels of reported hate crime and about what kind of country we want to be.

“I know that many people who voted remain will be angry with those who opted to leave. Brighton and Hove’s response – standing together – is typical of what makes me so proud to represent our city.

“We must not let this divide us. We must, rather, seek to better understand – and overcome – the alienation that has allowed some of the leaders of the Leave campaign to get away with cynically using immigration as a convenient scapegoat – a scapegoat for very real and legitimate anxieties about access to public services, affordable housing and secure jobs.

“I remain committed to doing all I can to tackle the inequality and social exclusion that has played a part in such alienation.

“And I remain committed to tackling head on the terrible xenophobia and racism that has been unleashed by the way migrants and refugees have been demonised in recent weeks and months. 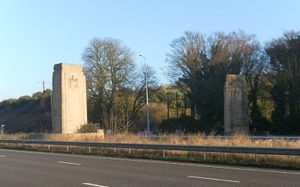 “So we say again tonight: we are a city which celebrates the contribution of people from all around the EU and all around the world. You are welcome here.

“The current government has no mandate to negotiate our withdrawal from Europe. That’s why I support calls for an early general election, with an electoral pact between the progressive parties, to allow you and other voters a choice about what happens next.

“Many people voted Leave on a false prospectus – they believed the lies about the £350 million going to the NHS, about Turkey being about to join the EU, about levels of immigration being cut overnight.

“And perhaps it’s no wonder that Leave’s message to “take back control” stuck. Many people in this country do feel powerless, and that their voices are unheard.

“And that’s made worse by a voting system which cares only about the swing voters in marginal constituencies – not the mass of people who are taken for granted.

“A progressive alliance would help to unite the country and, crucially, unite behind a commitment to voting reform that gives everyone a voice at every election. A fair voting system would help change everything.

“At this point when it feels like our democracy is broken, it’s now that we need to be channelling our strength of feeling to rebuild our politics.

“Every vote counted in the referendum and I think that should be the case every time we go to the ballot box.

“Finally, I want to say a few words specifically about young people who I know are feeling especially let down by the results of the referendum.

“There are over 1.5 million 16 and 17-year-olds in the UK and it’s a crying shame that they were not allowed a say in this, the most important decision of modern times.

“The passion and outward-looking view of our young people should be applauded and encouraged, not silenced and dismissed and I will continue to do all I can to support lowering the voting age to 16.

“If you’re old enough to start a family, serve in our armed forces, pay national insurance, you should have the right to have a say at the ballot box.

“A few days before the referendum I learnt about the wording engraved on the Patcham pylons, the monumental pillars on the A23 as you approach Brighton and Hove.

“It seems fitting to share them with you this evening: ‘Hail guest, we ask not what thou art. If friend we greet thee hand and heart. If stranger no longer be. If foe our love shall conquer thee.’

“It’s a message that embodies the spirit of the city. A place that leads the way on understanding and acceptance. Not only do we not tolerate hate and discrimination when we see it here, we stand in solidarity with others around the world – others refusing to be ruled by fear and hate.

“I’m proud to represent the amazing residents of this city in Parliament. We are outward-looking, welcoming and strong.

“I’m confident that Brighton and Hove will continue in the spirit of the wording written in stone as you arrive.”