Police are hoping to trace the man seen here in a closed circuit television image following an assault on two men outside Tesco Express in St James’s Street, Brighton, at around 10pm on Monday 6 June. 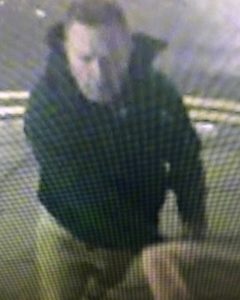 No one was seriously hurt but the man became involved in the incident and officers hope he may be able to help with their investigation.