A man has been jailed for four and a half years for biting off another man’s bottom lip during a late-night fight on Brighton seafront.

Patrick Doran, 25, held his 45-year-old victim’s head with both hands as he sank his teeth into him.

The injured man was taken to the Royal Sussex County Hospital, in Brighton, for emergency treatment. He later needed surgery for his injuries at Eastbourne District General Hospital.

The fight between two groups of people happened near the corner of New Steine and Marine Parade, Brighton, at about 12.15am on Sunday 30 August last year.

Sussex Police described the attack as a “violent assault” which left the victim with a serious facial injury. 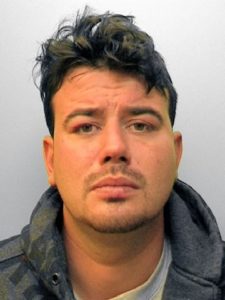 He was sentenced to six years in prison, reduced to four and a half years after Doran’s early guilty plea.