Police are appealing for witnesses after a woman was grabbed from behind by a man and sexually assaulted in Hollingbury, Brighton. 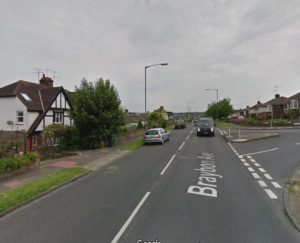 The 18-year-old victim was walking along Braybon Avenue between 10.30pm and 10.45pm on Wednesday (21 September) when a man came up very close behind her. He grabbed her and sexually assaulted her by touching her. She screamed and he ran off towards Mayfield Crescent.

The woman was not hurt but was shaken by her ordeal. The suspect is described as 6ft, slim and was wearing grey tracksuit bottoms and a zipped up hooded top that was pulled tightly around his face.

Detective Constable Leon Howe said: “We have been stepping up patrols in the area and carrying out house to house enquiries. We would like to hear from anyone who has any information about this or any witnesses.”