The chief executive of the mental health trust that serves Brighton and Hove is to retire next March, he said this afternoon (Thursday 29 September). 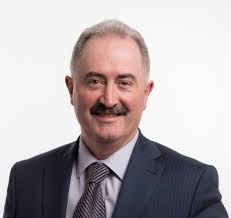 He said: “I will have worked in public services for 38 years by the end of next March which feels like the right time to retire. My wife and I also have plans to return to Ireland to be closer to our family once again.

“It’s been a privilege to do this job because it’s given me the opportunity to have a positive impact on people’s lives in Kent and Medway, Hampshire and Sussex.”

“He is passionate about making sure that patients are our first priority in everything we do. He is also a leader whose personal integrity, warmth and respect for others has had a significant positive impact upon the culture of our organisation.

“Colm will be sorely missed when he leaves us at the end of March 2017. My colleagues and I at Sussex Partnership wish him and his family well for the future.

“I know he wants me to emphasise that he will continue to play an active role over the next six months in everything we are doing to improve services for patients.

“We will be advertising the post of chief executive shortly and my intention is to have a replacement in post to succeed Colm on (Saturday) 1 April 2017.”