Brighton is the most haunted place in Britain, according to research published by Mirror Online this afternoon (Friday 28 October).

The newspaper website said that its research was based on reports that have been made to the Paranormal Database.

The Mirror Online report said: “From a mysterious case of the flying knife to the phantom nuns who glide through walls, the Sussex seaside town has more than its fair share of ghouls, ghosts and spooky sightings

“Brighton – famous for its beach, pavilion and gay culture – can now also boast it’s the most haunted place to live in the UK.

“As Halloween approaches, Mirror Online can exclusively reveal that ghouls, ghosts and other spooky sightings are higher in the popular seaside resort than in any other city in the country. 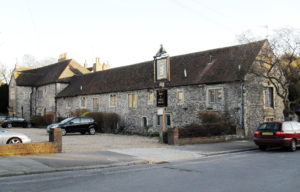 “According to an online database, there have been at least 129 incidents of paranormal activity in and around Brighton over the years.

“And in some cases, a ghost has been recorded having been seen in the same place again and again over the years.”

The ghost of murdered chief constable Henry Solomon haunting Brighton Town Hall is among the reports listed on the Paranormal Database. It also includes Hangleton Manor where the ghost of a serving girl is reputed to have been seen.

And the Mirror story includes “screams, cries and the sound of crunching metal” from Clayton Tunnel where 23 people died in a train crash 155 years ago.

After Brighton, the next spookiest place is Edinburgh with 94 reports of strange activity, followed by Nottingham, Derby and Birmingham.