Patients are being moved from three of Britain’s oldest hospital wards as part of a £485 million modernisation plan at the Royal Sussex.

The move is taking place on Wednesday (2 November) with the closure of the Jubilee Building, which was opened in 1887 and named in honour of Queen Victoria’s golden jubilee.

The building is to be demolished as part of the modernisation of the Royal Sussex County Hospital, in Eastern Road.

Patients who would have been treated in Howard 1, Howard 2 and Grant wards will instead be looked after in the new Courtyard Building.

The three-storey building has been put up between the Thomas Kemp Tower and the Millennium Wing with a ward on each floor – Courtyard Level 6, 7 and 8. 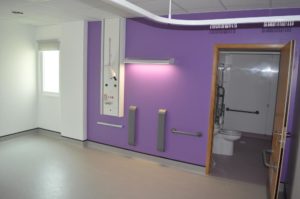 As with the Jubilee Building, the Courtyard wards will treat cancer patients and house the clinical infections service.

Brighton and Sussex University Hospitals NHS Trust, which runs the Royal Sussex, said: “It’s a temporary building but very much up to standard. It’s kitted out as you would expect and, even though it’s temporary, it will be better than the present environment.”

Duane Passman heads the hospital modernisation project which is also known as the 3Ts Project – the 3Ts are trauma, teaching and tertiary care.

He told the trust board last week that the patient environment in the Courtyard Building was incomparably better.

The trust said: “The Jubilee Building opened in 1887 and has been in constant use as a ward block ever since.

“Conditions in the building are cramped at best, making it difficult to deliver care to patients and store vital equipment.

“The Courtyard is a new facility, built to meet modern standards. It has space for 22 beds, 18 of which are in single en-suite rooms.

“The Jubilee Building has eight single rooms, only three of which have their own toilet.” 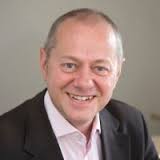 Professor Passman said: “The Courtyard extension is a temporary building that is part of the 3Ts redevelopment’s clinical decant programme.

“It allows us to massively improve the care environment for the patients and staff of three wards and make space for the redevelopment’s ‘stage 1 building’ in a single move.

“It is that rarest of things – a situation where everyone genuinely wins. We improve the environment for some of our most vulnerable patients and in so doing make it possible to create an even better environment for them and hundreds more patients in the completed redevelopment.”

Leigh Harvey, the directorate lead nurse for cancer services said: “The environment is so much better in the Courtyard. Just the sheer amount of space we have for each patient compared to the Jubilee Building is wonderful.

“If this is what can be done in one of the redevelopment’s temporary buildings, I can’t wait to see what happens when the permanent buildings are finished.”

The Jubilee Building is the most complex structure that has to be removed to allow “stage 1” of the redevelopment to go ahead.

Work to decommission it will begin as soon as the wards are moved. Demolition of the building’s shell will start early next year.