A 16-year-old girl was raped at Shoreham Harbour as she made her way towards the beach at Southwick, Sussex Police said this afternoon (Friday 11 November).

Detectives have issued a public appeal for help tracing the girl’s attacker which, the force said, happened on Friday 2 September and was reported to the police on Wednesday 19 October.

Sussex Police said: “Detectives investigating the rape of a teenage girl near Southwick beach are asking local people if they can help and if they have seen other suspicious activity in the area.

“At about 9pm on Friday 2 September the 16-year-old girl from a local Southwick address walked towards the beach area, across the lock and by the wind turbines at the harbour area.

“When she reached that point she was approached from behind by a man who raped her. 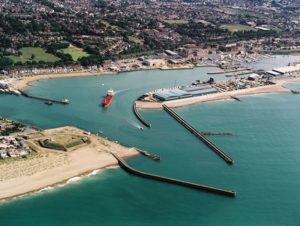 “The man was described as in his late forties, about 5ft 9in, stocky, with dark hair and with white but tanned skin. He was wearing dark blue shoes, dark casual trousers and a dark coloured shirt. He smelt of alcohol.”

Detective Constable Angela De Vivo, of the West Sussex Safeguarding Investigations Unit, said: “Since this report came in we have been working carefully and sensitively with the young girl to establish what happened.

“We have also been making extensive local inquiries and although this happened more than two months ago we still hope people may recall seeing a man of that description between the A259 and the beach itself.

“We are also keen to hear from anyone who has seen any other suspicious activity in that area recently. So far we have had no such reports.”