Sussex Police issued a public appeal for help finding a Brighton man suspected of raping a 14-year-old girl at The Level.

The force said this afternoon (Monday 14 November): “Police in Brighton are searching for 29-year-old Cedric Abubaker, who they want to interview about the rape of a teenage girl in the city centre.

“At about 9pm on the evening of Sunday 16 October, the 14-year-old girl was by herself at The Level, an open play area in the city centre, when she was approached by a man, who engaged her in conversation and then led her to an adjacent hut where he raped her before walking off. 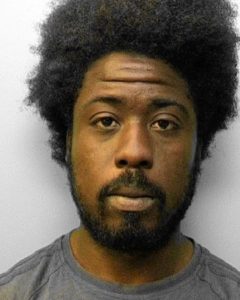 “Abubaker, who is also known as Cedric Tehe or Max Browne, is described as black, 5ft 10in and stocky.

“He is currently of no fixed address but has frequented the Hollingdean area of Brighton as well as the Mitcham and Streatham areas of south London.”

Detective Constable Joe Jardine, of the Brighton Safeguarding Investigations Unit, said: “Following a thorough investigation and with the support of the victim, we have identified this suspect.

“The victim was left very distraught by the experience and we have been working closely with support and counselling services to help her through this traumatic time.

“We have also been making inquiries in the area and there is also no evidence of any similar incidents in the locality recently.

“This is an isolated incident but police are patrolling the area on a regular basis in uniform and plain clothes.”

Anyone who has seen Abubaker or who has any other information is asked to phone Sussex Police on 101, email 101@sussex.pnn.police.uk or call the independent charity Crimestoppers anonymously on 0800 555111.

Alternatively witnesses can go to https://sussex.police.uk/contact-us/response-to-appeal.

Anyone seeking help and support can contact the Sussex Rape Crisis Centre Survivors’ Network on 01273 203380 or at www.survivorsnetwork.org.uk.