Brighton & Hove Albion: Hughton wouldn’t use loan window even if it was available

By Tim Hodges from the pre-match  press conference

This time last season Albion signed Rajiv Van La Parra on loan from Wolves and James Wilson from Manchester United. But the Seagulls boss told Brighton and Hove News this lunchtime that he wouldn’t utilise the loan window if it were available to him at this juncture. 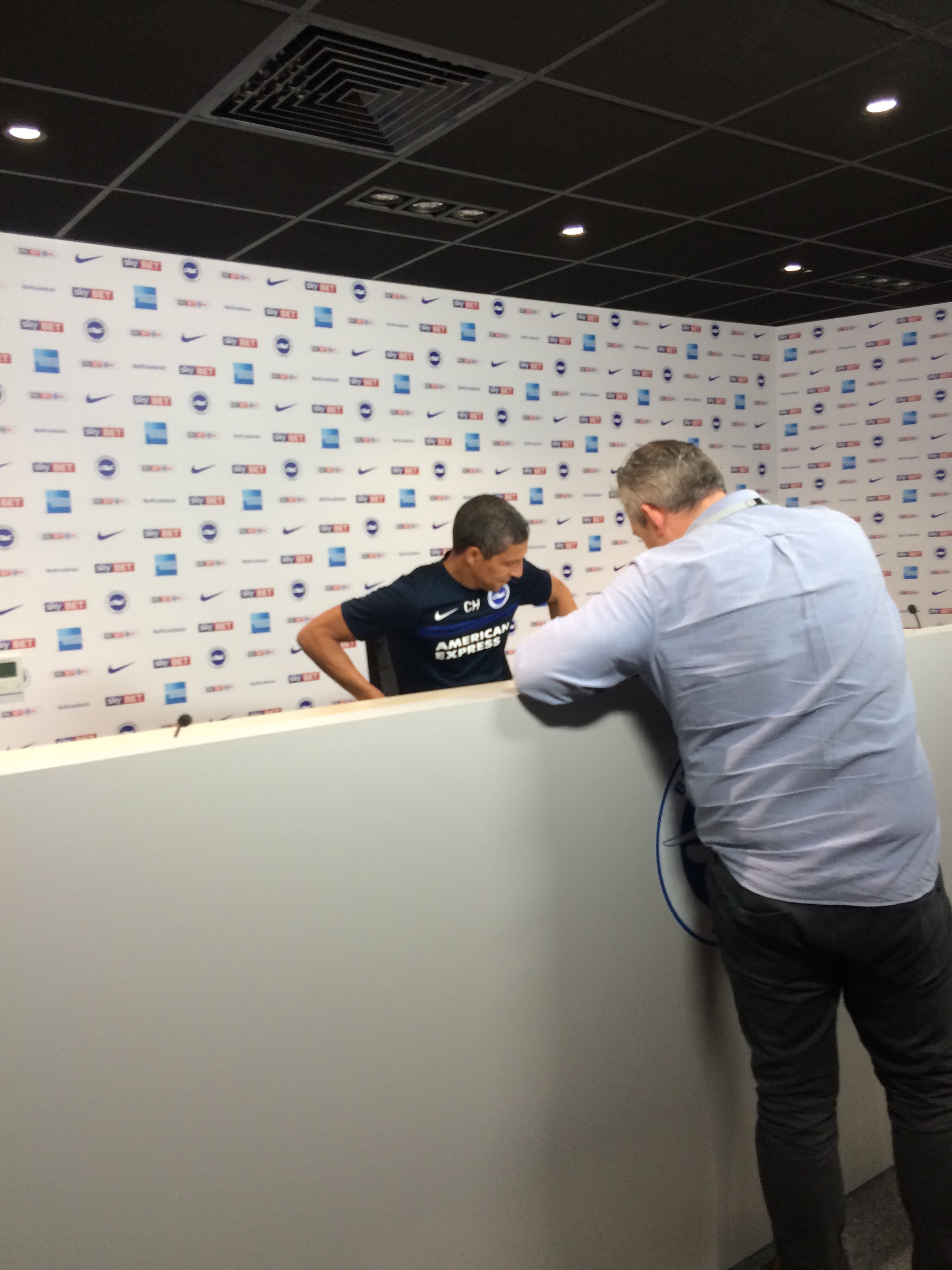 “We were delighted to get those  two players last season but if a loan window was open now, I can tell you, we wouldn’t be looking.”

Saturday’s opponents Fulham have an identical record to Albion over the previous three matches – two wins, one draw, eight goals for and one conceded.

Hughton reflected on the threat the Cottagers pose, telling @BHCitynews: “Villa came into the game on a good run and we thought they would  have a strategy for playing away from home.

“Fulham are not that different. If anything, a Fulham side are probably a bit more expansive than a Villa side and there is no denying they are also very much in good form at the moment. And  very much improved as a team.”

Fulham also have Albion tormentor Chris Martin. Martin scored five times against Albion for Derby including three goals over the two legs of the 2014 play-off semi-final.

Albion v Fulham kicks off at the Amex at 3pm this Saturday (26 November). The Seagulls have no fresh injury concerns.