Brighton and Hove’s popular Playbus will make its last ever visit today as the service finally ends thanks to huge cuts in council finances. 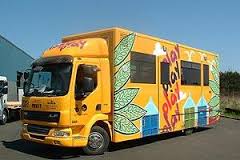 The city council decided to stop funding the bus, which tours Brighton and Hove’s parks with equipment for children to play with, in February, but gave it £75,000 to keep going until the end of the year and said it would try to find a sponsor to keep the service going after that.

Sadly, nobody has come forward and so today’s visits to The Level this morning and Haybourne Road Park this afternoon will be its last.

A council spokesman said: “Over the past year or so we’ve tried very hard to secure alternative funding for the project.

“Despite this work it has unfortunately not been possible to secure the necessary funding.

“The council is currently consulting with the staff affected and their trade union on the ending of the project.”

Due to ongoing reduction in funding from central government and increased demand for services the council has to make budget cuts of around £46m over the next three years.