A Peacehaven legal executive and mother of five has been ordered to pay back more than £26,000 after being jailed for defrauding elderly clients at the law firm where she worked.

Joni Parrington, 37, stole £100,000 while working for Lawson Lewis Blakers, which has an office in Horsham Avenue, Peacehaven.

She was jailed for 38 months by Judge Shani Barnes at Lewes Crown Court in June last year.

At Hove Crown Court on Monday (19 December) Judge Barnes, the honorary recorder of Brighton and Hove, made a confiscation order under the Proceeds of Crime Act.

If Parrington, of Philips Avenue, Eastbourne, fails to repay £26,450 – the sum total of her assets – within three months she will spend more time in prison. 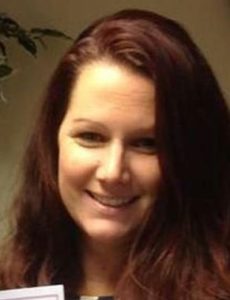 Sussex Police said that she was assessed to have benefited from her crimes by more than £95,000 and added: “The assets relate to her share in the house and her car.

“The recovered funds will be paid to Lawson Lewis Blakers solicitors by way of compensation.

“Her conviction followed an eight-month investigation by East Sussex CID into allegations that she had defrauded some £100,000 from local solicitors firm Lawson Lewis Blakers where she had been employed as a legal executive.”

Detective Sergeant Pete Billin, of the Sussex Police Economic Crime Unit, said: “Following her sentencing, an expert police financial investigator carried out an investigation of Parrington’s assets. This has now resulted in the judgment by the court.

“This decision shows once again that we can pursue criminals on behalf of the law-abiding public for their profits to be put back into society.”