Residents of a house in Dorset Gardens had to flee their home last night after a fire broke out on the ground floor. 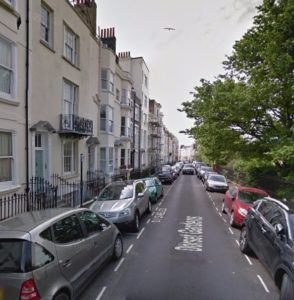 When firefighters were first called to the blaze just before 11pm, not everyone had been accounted for and it was feared someone may be trapped inside.

But fortunately everyone managed to escape unhurt.

Three engines from Roedean and Preston Circus and the aerial ladder were called to the building, which had three floors plus a baement.

Crews put out the fire using two hose reel jets and four breathing apparatus A positive pressure ventilation fan was used to disperse the smoke from the property.

The cause of the fire is being investigated.