Brighton police have made a third appeal for information about a cyclist who gropes women across Brighton and Hove before riding away. 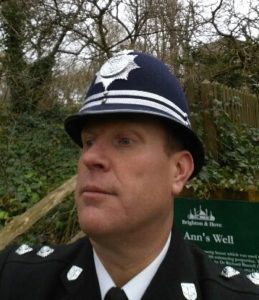 Between 29 December 2016 and 28 January 2017, 16 women have contacted police reporting that they have been grabbed or touched from behind, or had sexual gestures made towards them by a man riding a bicycle.

The incidents are not isolated to a particular area within the city. They stretch from New Church Road in Hove to Madeira Drive in Kemptown, and up to Dyke Road Avenue in the north of the city. All but two of the offences happened during the hours of darkness ranging from early evening through to 3am.

Detective Constable Scarlett Millar said: “We are investigating a number of reports from across the city over the last month where women have had their bottom or legs touched by a man on a bicycle. This has caused great distress to the victims, a number of whom report that the suspect has then continued to follow them for several minutes before riding off.

“I want to make it extremely clear that the actions of this man amount to sexual assault and that police are taking each and every report extremely seriously. We are keen to speak to any other potential victims who have not yet come forward and I want to reassure them that we will follow all lines of enquiry to identify the person or persons responsible.

“Similarly, we would urge anyone with any other information to get in touch by contacting us online or calling 101 quoting Operation Polo.”