Suspected car thief from Hove being hunted by police

A suspected car thief from Hove is being hunted by police after he failed to turn up in court.

Jamie Jacquemai, 28, of Kingston Close, Hangleton, was due to appear before Brighton magistrates after being charged with stealing a Ford Focus car and writing it off. 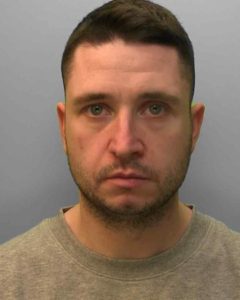 He has also been known as Ryan Jacquemai and has used the name Luke Funnell. A warrant has been issued for his arrest.

Sussex Police said: “Have you seen this wanted Hove man?

“Police are looking for Jamie Jacquemai who failed to attend Brighton Magistrates’ Court after being charged with stealing a car and driving while disqualified.

“The 28-year-old was due to appear at court on (Thursday) 29 December but did not turn up. He is also charged with driving without insurance.

“Jacquemai has links to Brighton and Hove and is believed to be in the city.”

Anyone who has seen Jacquemai or who has any information about his whereabouts is asked to report it online at https://sussex.police.uk/contact-us/response-to-appeal quoting serial 75 of 15/08.

Sussex Police added: “If it is an emergency dial 999.”