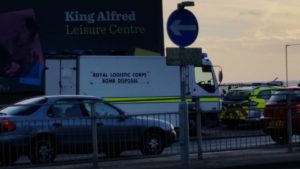 The area was cordoned off shortly after 3pm after a small rusty object was found by the steps leading up from the car park to the pavement.

There were concerns that it could be a Second World War shell and bomb disposal experts were called in.

Although the car park and pavement were closed, the A259 Kingsway remained open to traffic.

A Royal Logistics Corps bomb disposal vehicle was parked close to the scene while the suspicious object was examined and dealt with. The crew left shortly before 5pm. 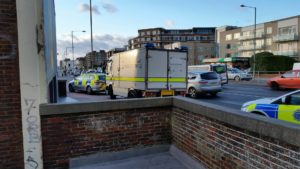