Sussex Police has donated £500 to a Christian charity after thieves targeted a church minister on her way to deliver help to poor and disabled children.

The force handed over a cheque today (Monday 10 April) to the Reverend Lynda Hulcoop who had just changed £7,500 into US dollars when the thieves struck in January.

Miss Hulcooop, a minister at the Southwick Christian Community Church in Roman Crescent, Southwick, received the cheque on behalf of the Paraclete Christian Network International.

The church pastor was heading to Zimbabwe when the cash was stolen from her at the Sainsbury’s superstore in Old Shoreham Road, West Hove.

Two women followed her out of the shop and used sleight of hand to remove bundles of bank notes from the bag that she was carrying.

The money had been raised to help pay for education, food and medical aid and a youth music project in Zimbabwe. 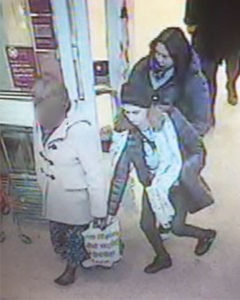 After the theft the church group borrowed funds so that it could go ahead with the trip as planned.

Miss Hulcoop said: “I am extremely grateful to Sussex Police for their generosity and overall support throughout the investigation.

“Due to the police’s initial appeal for information following the theft we’ve had donations from people from all walks of life and managed to recuperate more than what was stolen. We are extremely thankful.”

The donation comes from the Police Property Act Fund which is made up of monies received by the police from property confiscated by order of the court and then sold. 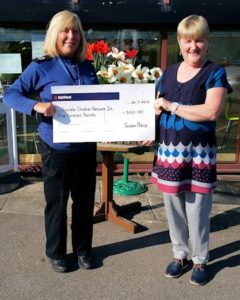 Police Investigator Caroline McConnell said: “I am so pleased we were able to donate money to such a worthy cause and a hard-working group of people.

“I would also like to take this opportunity to renew our initial appeal and ask anyone who recognises either of the women in the CCTV image to contact police.”

Anyone with information can phone Sussex Police on 101 or contact the force online at https://sussex.police.uk/contact-us/response-to-appeal quoting serial 1054 of 23/01.

Alternatively people can call the independent charity Crimestoppers anonymously on 0800 555111 or visit https://crimestoppers-uk.org.