The Labour Party is preparing to spring a surprise candidate on Brighton Kemptown today (Sunday 30 April).

A selection panel meeting is expected to pick charity chief executive Michelle Thew, who became chief executive of Cruelty Free International, formerly the British Union for the Abolition of Vivisection, in 2006.

Ms Thew, 52, a Hove member, stood in the safe Conservative seat of Bexhill and Battle at the 2015 general election where she came third behind UKIP.

The selection committee – made up of members of Labour’s National Executive Committee (NEC) and regional board – have gone for an all-women shortlist, believed to include Latest TV presenter Sophie Cook. 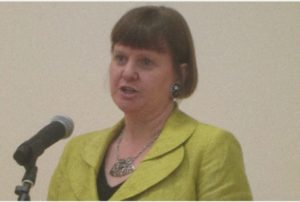 The news was a surprise to local activists with three members of Brighton and Hove City Council – Lloyd Russell-Moyle, Dan Yates and Tom Bewick – among the frontrunners.

Dan Yates and Lloyd Russell-Moyle represent wards in the constituency. One party member said that they knew the patch as councillors and had name recognition as well as having previously contested parliamentary seats.

There were fears that the choice suggested that the party was giving up on the seat, with disappointed activists driven to campaign in Hove instead, to try to retain the seat held by Peter Kyle.