A Hove man has been jailed for eight years for sexually abusing a schoolboy over three years in the 1990s. 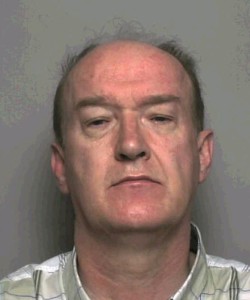 The publicity surrounding Cager’s original trial two years ago prompted the victim in the latest trial to come forward, triggering a fresh investigation by Sussex Police.

The former emergency out of hours highways officer groomed and abused both boys at the council depot in Upper Hollingdean Road, Brighton, where he worked.

In the latest case Cager denied seven charges of indecent assault and gross indecency between dates in September 1993 and September 1996. He was convicted on all counts.

His earlier conviction came after he denied 13 charges of sexually abusing another boy between dates in September 2003 and November 2004.

Some of the abuse took place at Cager’s home in Hove.

He was ordered to stay on the sex offenders register and remains subject to a sexual harm prevention order. On leaving prison, he will not be allowed unsupervised contact with anyone under 16.

After Cager was sentenced two years ago, Penny Thompson, who was then the chief executive of the council, said: “This is a truly shocking case and I would like to extend my deepest sympathies to those affected.

“I am pleased with this conviction and would like to thank the police for all their hard work.

“David Cager worked in our highways department as an out of hours officer, did not ordinarily have contact with children and his post did not require a CRB (Criminal Records Bureau – now Disclosure and Barring Service) check.

“We suspended and then dismissed him in 2012 and have co-operated fully with the police throughout its investigation.

“We are reviewing the full history of his employment and I plan to satisfy myself that lessons learnt from this case have been acted on across the council.

“Support is being offered to all staff affected by this court case.”